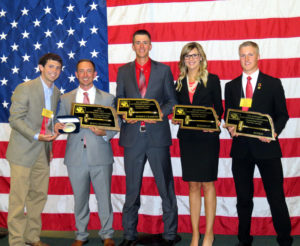 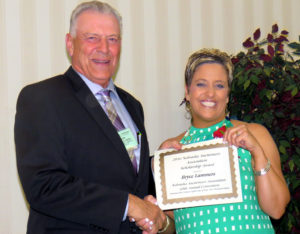 Roger Janssen accepts the scholarship award on behalf of his grandson, Bryce Lammers, from Kim Schow